So...I got a literary agent. 
It's been ages since I've blogged, the reason being...yes, I've been writing a novel. It's some of the most exciting news of my life and yet I know it's just the beginning of a journey. I'm trying very hard to keep my expectations reasonable even as I scramble to make the edits my lovely new agent Hatty Grunewald of Blake Friedmann has suggested.


As a writer of a debut that is, *ahem*: "a dark and riveting semi-dystopian adventure with a captivating romance at its core" I feel like I need to live up to certain expectations and my goodness, the bar is high. Hunger Games, Twilight, my personal favourite YA series by Maggie Steifvater, The Raven Boys to name only a few, including the prize nominated 'The Art of Being Normal' by my friend the lovely Lisa Williamson.

But I'm going to give myself permission to enjoy this shiny bit of happiness. It's been three years of work so far and a bit more to go, but I'm so, so excited.

For all those interested in coming along, here are the details of when I'm on...

Come and have a (mildly) titillating evening of poetry with me and some other wonderful writers. Don't worry, most of it is quite gentle... ;) 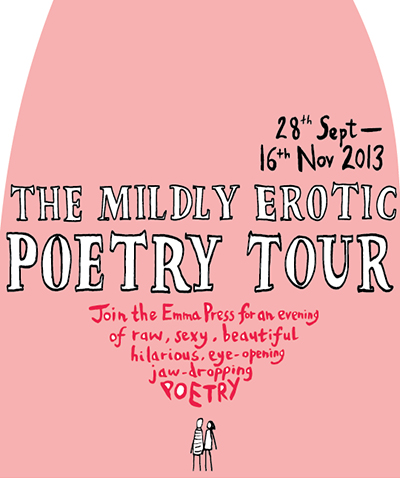 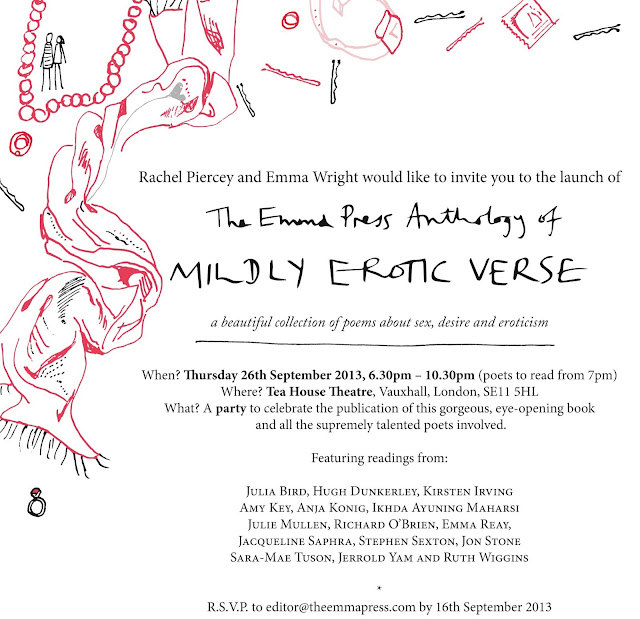 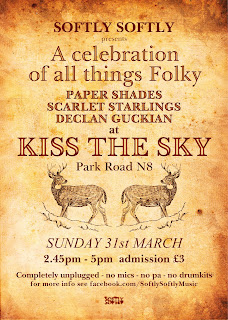 This fab event combines music and a little bit of spoken word, for a great afternoon of mellow entertainment. The bands are totally unplugged (hence the name of the event). It's a wonderful way to rid yourself of the Sunday afternoon blues!

For more info go to: www.reverbnation.com/scarletstarlings
or 'like' the event page on FB here.
Or check out the information on reverbnation.

Hope everyone out there has a love bird they can tweet really well! (sorry).

Here's hoping we all inspire a few impure thoughts...

Just an idea, for the brave lovers amongst us.

A little too cute?

Lovers of ValdaroThe so-called Lovers of Valdaro, also dubbed as the "Valdaro Lovers," are a pair of human skeletons discovered by archaeologists at a Neolithic tomb in S.Giorgio near Mantova, Italy, in 2007. The two skeletons appear to have died or were interred facing each other with arms around each other, thus reminiscent of a "lovers' embrace".
Archaeologist Elena Maria Menotti led the excavation. Scientists believe that the pair is a man and woman no older than 20 years old and approximately 5'2" in height. They were removed from the ground intact and sent to Musei Civici in Como where they are undergoing analysis.

Movie love could be never-ending literally... for this blog so I've confined myself to one of my favourites:

From the marvellous Goblin Market.

Have a great Valentine's Day...
Posted by Sara-Mae Tuson at 10:06 No comments:

I was lucky enough to get a chance to attend the T S Elliott award readings on Sunday, and the award ceremony on Monday evening.

The readings were wonderful, with a crowd of 2000 people filling the Royal Festival Hall.  The finalists: Gillian Clarke, Sean Borodale, Julia Copus, Jorie Graham, Simon Armitage, Kathleen Jamie, Jacob Polley, Derryn Rees-Jones, Paul Farley and Sharon Olds, gave wonderful performances. With host Ian McMillan striking the perfect balance between humour and poignancy, each reading was of a standard that made it difficult to imagine how hard the task of judging the award must have been.
"I wore this shirt last year, but these are new trousers... so like me, these poets are bringing together the old and the new..." said Ian McMillan (paraphrased somewhat).

For myself I enjoyed the visceral quality of Sean Borodale's Bee Journal reading, describing a bee queen's eyes as 'castanets' and then immediately as like 'casting nets'. His work was invigorating and complex, its microscopic eye for detail not ignoring the opportunity for bigger truths to creep in.

Gillian Clarke's reading was likewise riveting, and Jacob Polley's work was new to me, so was particularly inspiring.

Sharon Olds' book Stag's Leap, from Cape Poetry, had a heartbreaking emotional intensity and a  wry, reflective thrust to it which left me thinking about certain lines for day's afterwards.

It was not surprising, therefore, that she took the prize the following night at the Wallace Collection in W1.

Here are a few blurry pictures which nevertheless capture something of the golden-ness of the evening. 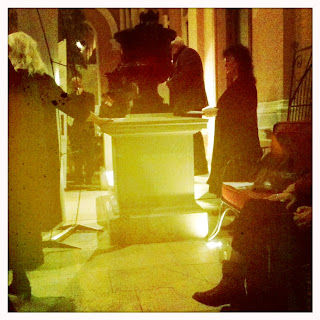 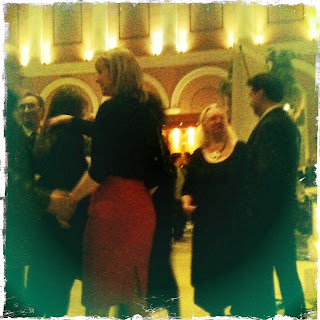 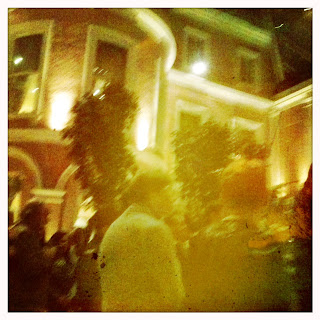 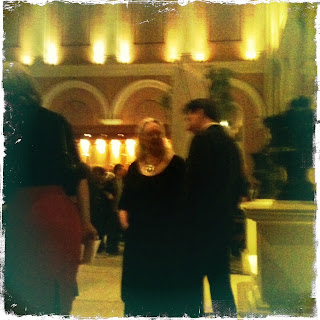 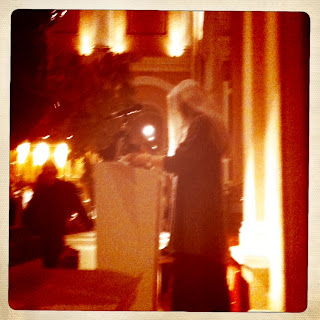 Sharon Olds accepting the award
Posted by Sara-Mae Tuson at 08:28 No comments:

Rather chuffed that my short story came second amongst the finalists of the 100 word story comp judged by Jeffrey Archer.

Literary agency Curtis Browne published the top five stories online and you can read all about it here.

The Zoo of Extinct Animals‘Eight hours straight. Best sleep I’ve ever had,’ said Phil.‘The dodo didn’t squawk its head off?’ said Mike.Phil shrugged, as they shuffled past the quagga cage. Nearby, the sabre-toothed tiger roared. Mike threw it its meat.When they reached the aviary they both fell silent.‘You forgot to feed him, didn’t you?’‘Extinct again,’ said Phil, in a suspiciously cheerful tone. ‘Ever think some creatures are just meant to die out?’‘Shut up, Phil,’ said Mike, stuffing the dead dodo into a bag.Meanwhile, back in the lab, ‘new’ old life was forming.
Sara-Mae Tuson